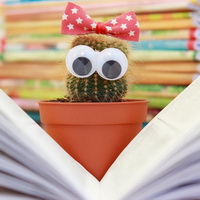 Some of you will have heard already the devastating news of the death of Dr Terry Smale via the BCSS Forum or the recent BCSS Zoom meetings.   Terry was rushed into hospital last Sunday with problems relating to a long term hernia.   He was operated on almost immediately but died on Tuesday afternoon.  Jennifer was with him at the end.

Terry was of course chairman of the Mesemb Study Group and had been for most of its 35 years existence.   In addition he and Jennifer ran our important annual seed distribution until very recently.   Terry's collection was also the source of rare Conophytum seeds on these lists.  Terry was also very important in various key backgound tasks such as managing the MSG research grant applications and giving scientific and technical advice to Suzanne on the publication of articles in the MSG Bulletin.   Terry and Jennifer have also been major helps to Suzanne and I in collating, stapling and mailing the MSG Bulletins over the years.   Terry was also a key player in making mesembs so popular through his talks, writings and a TV appearance.  Sales of mesembs he had raised from seed and cuttings were always in great demand.  I doubt we can find a replacement for Terry and will have to call on a number of people to undertake these various roles.

Terry had been a member of the NCSS since 1966 and was also active in the CSSGB at the time of reorganisation of the old London branch which used to meet in the RHS halls.   I think Terry was involved in seed distribution for the  CSSGB.  Currently he was also a proof reader for the journal and member of the BCSS research committee.

Terry's interest in plants was much wider than just cacti and succulents and he was active in the local Alpine Garden Society group and Banstead Horticultural Society.   Another interest was South African and other Mediterranean climate bulbous plants of which he had an extensive collection.  Terry was an RHS judge and judged at many of the large RHS shows.   His links to the RHS were of benefit to the BCSS in a whole number of ways.

Terry had travelled quite extensively to many areas of the world; Eastern Mediterranean  (for bulbs), USA (for cacti), Mexico (a trip shared with Suzanne and I) and several trips to South Africa.   Suzanne and I also shared  many trips with Terry and Jennifer to France, Belgium, Holland and Germany for the ELK event which we often extended to a short holiday to visit nurseries and private collections.

Between these trips, visits to complete the MSG Bulletins and sharing Christmas and other holidays with them we have met with Terry and Jennifer at frequent intervals.   We always enjoyed their company immensely, not least of which was due to our shared interests in things other than plants such as paperweights.  Terry and I also shared a common background as research chemists albeit in slightly different fields.Terry held strong views on the future of the BCSS for example he thought far too much effort was expended on keeping small, weak branches going and that the future lay in area on zonal meetings whereas I favoured some new dynamic branches.

Terry's passing leaves   a horrible hole in our lives and we shall desperately miss his knowledge, expertise and wise counsel.   I am sure all members will join us in sending  Jennifer our heartfelt condolences. 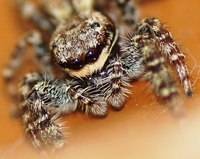