I have 3 I've been growing in their own pots since 2012. In 7 years, the tallest is only 14" if I count the tip of the tallest spine on top. At this rate, I will be long gone before they are a few feet tall. 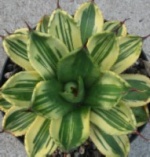 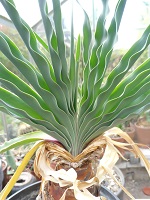 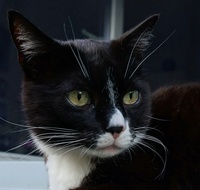 I am so happy to see your plant recovered so quickly!

I have learned from recent experience that castilloniae is vulnerable to heat stress. Here is one I just moved today from where it was getting much too hot for it (about 40 C) during the day. It's leaves look much like yours did not so long ago.
I am sure too it will also recover quickly. Interestingly, none of the other aloe near the castilloniae were heat stressed, so clearly some aloe are more sensitive than others.
[Sie müssen registriert oder eingeloggt sein, um das Bild sehen zu können.]

Tom,
you must be right, I did not look for castilloniae when it was really hot because all the other Aloe standing around her looked good and so I did not worry...
How old is the one in the picture? Are you growing them in stones or are they only on top of something else?

I've had the group from Altman's (Kelly Griffin works for them so I assume he was responsible for finding this clone and having it propagated) for not quite two years now, and they came as three separate nice sized clusters. I am guessing they must have been about 3 or so years old before I got them, so my guess is they are about 5 years old now. I had already two different clones - one from Hungary and another from Germany (cactusculture in Berlin). They are all basically similar in overall form, but also each different. The consistency is that all of them flower exactly the same with the typical and unique castilloniae flowers, so I am sure they are just variants within the species, and nothing in the way of hybrids. I confess that the Altman's clone is my very favorite, with the nice bumps on the leaf surfaces. The Hungarian clone is similar in this respect, but not quite as nice, and the German clone is completely smooth on the leaf surfaces, no bumps at all. All have the same teeth on the margins.

From one of the 3 Altman's clusters, I harvested 3 rosettes the first year to find out how easy it would be to root them. It is from those 3 cuttings that you and Marcus got one each. I would imagine that this fine clone is very rare in Europe, and I
would expect that within another year, given the size of your plant already, that you should be seeing tiny offsets coming up from the soil near the stem. The way your plant looks now and obviously enjoying the conditions on your south window, it should do some good and fast growing now. In time, they form nice clusters from which you can either leave them as a beautiful colony, or cut a couple off when they are big enough to make new plants.

I use a good draining cactus mix for all of my aloes which includes pumice. I only use the pebbles on the surface which makes a nice buffer between the soil and the plant's leaves, so that dirt doesn't splash on the plant or wash out of the pot when I water. It also looks better than the dirt by itself.

Lastly, I will mention that they are susceptible to root rot in the winter when wet, so be sure to keep them relatively dry during the winter. Only water when the temperature is such that the soil dries out quickly. As long as the soil can dry out within a couple of days, there should be no problem.